The law states that we can store cookies on your device if they are strictly necessary for the operation of this site. For all other types of cookies we need your permission.

This site uses different types of cookies. Some cookies are placed by third party services that appear on our pages.

You can at any time change or withdraw your consent from the Cookie Declaration on our website.

Please state your consent ID and date when you contact us regarding your consent.
Powered by Cookiebot by Usercentrics
Login

CONVINCED RURAL WITH A SMART TWIST

In a quiet residential area on the outskirts of the city, greenery dominates, which makes this villa with country house allures come into its own. The construction couple opted for a clear national approach with a contemporary touch and an adapted Qbus installation.

Because the construction couple wanted to provide the dimming function for a lot of lighting, they opted for a DALI control. The DALI system makes it possible to connect different lighting fixtures with the same cable, but still be able to dim each of those fixtures individually or in groups. In addition to simple control and adjustments, the dimming range of the DALI is maximum: the luminaire can dim very low without flickering or failure.

A lot of slats can also be operated electrically in the house. The construction couple wants to be able to operate them both individually and together. In addition to manual operation, the slats are also automatically controlled based on the astronomical clock, a standard clock and a light sensor.

Via the built-in astronomical clock, the Qbus system knows when the sun rises and sets on that specific day. Twenty minutes after sunset, the slats close. The outdoor detector, which activates the lighting at the entrance when there is movement, has a built-in light sensor.

The kitchen has various dimmed light circles and various blinds. To control these individually in a simplified way, a Tastu Display was provided. The Tastu Display has a built-in color screen so you can see what you are operating. Up to 20 operations can be performed with this "Room Controller".
A “control” can be switching a light on / off, controlling a dimmer, moving a slat up / down or tilting a certain%, or performing an “atmosphere”. The slats and light circuits in the kitchen are usually operated via atmospheres that are controlled via this Tastu Display.

A built-in temperature sensor even allows you to use the Tastu Display as a thermostat. The proximity sensor then ensures that the screen only lights up when it is operated. 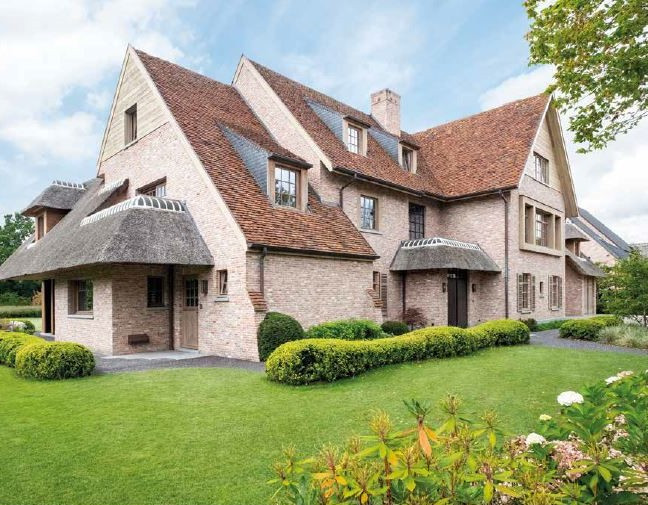 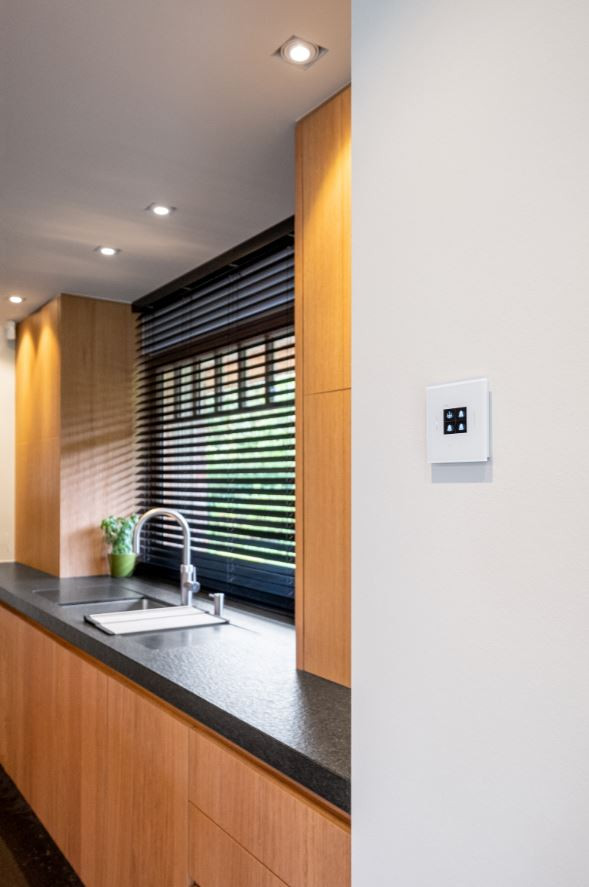 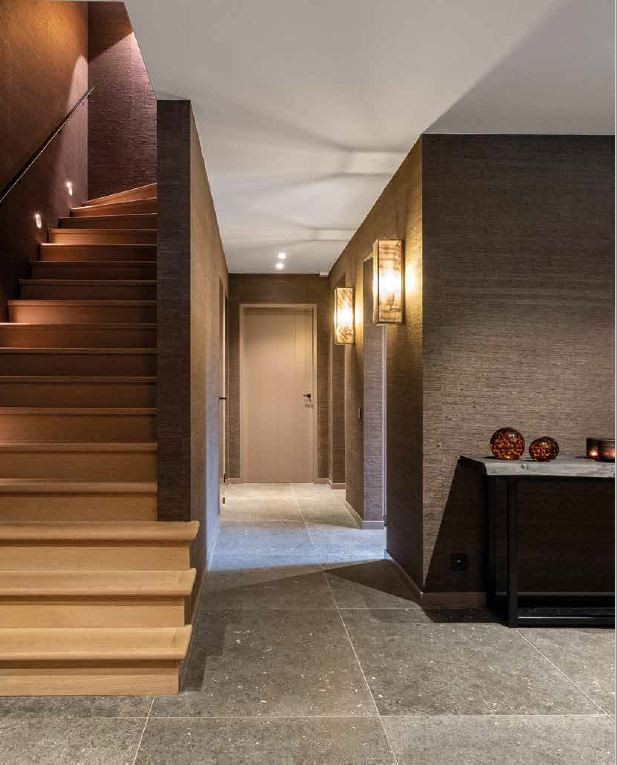 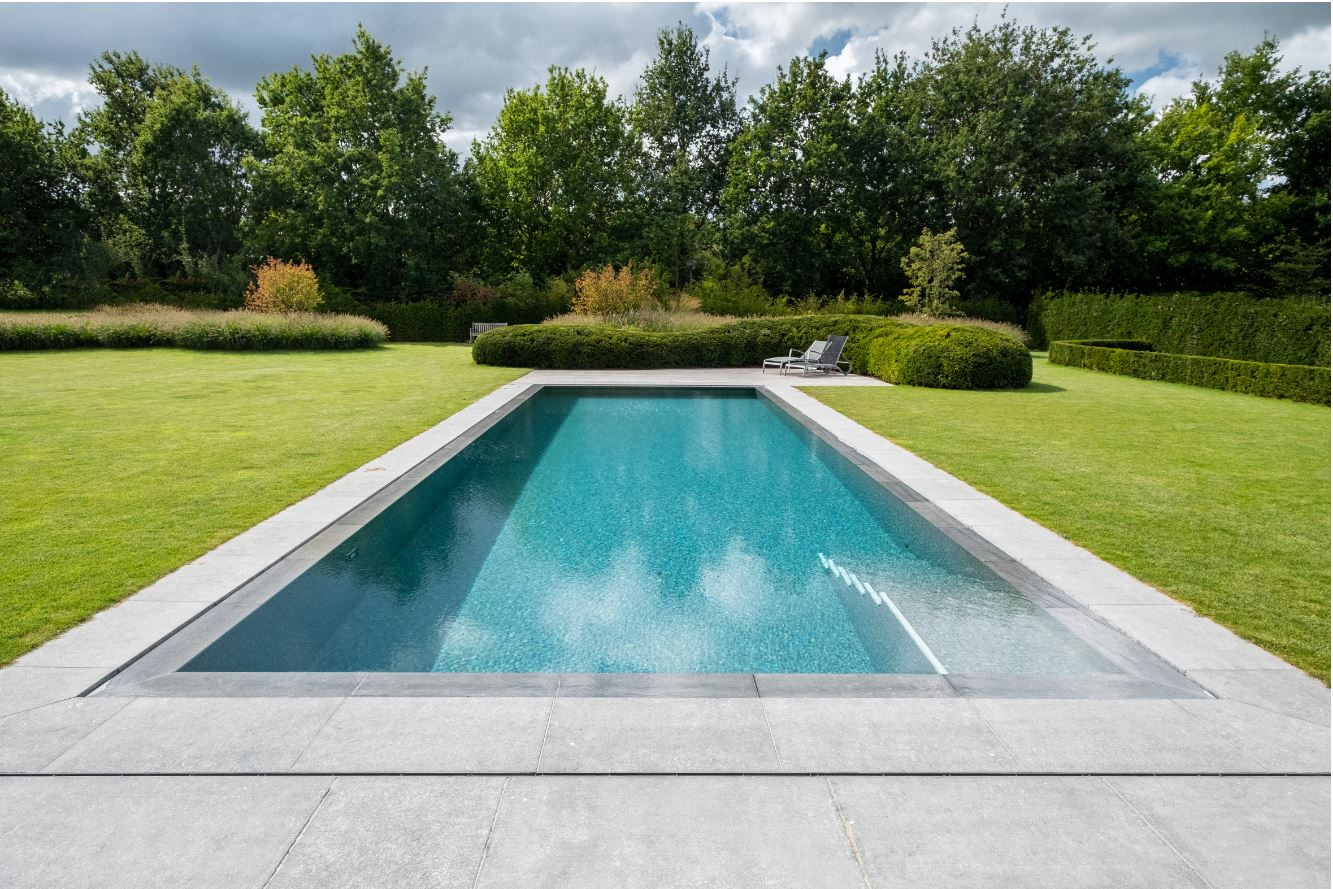