Operational on 1 October 2014, the new 4,400 square
metre fire station in Asse has a total of 21 gates. Designed
to protect a total of 608,000 inhabitants, the station also incorporates a classroom, a storeroom, sleeping quarters, sanitary facilities, training areas, …

Lieutenant Michel Carlé was really enthusiastic about an automation system that could control as many technologies as possible. “I was keen for as many things as possible to be automated, owing to
the time-saving and higher-efficiency benefits this offers,” according to the lieutenant, who had the necessary technical expertise to play a coordinating role. “In close consultation with the architects,
we were looking for a system that was easy to expand and could be remote controlled, thus over the Internet. The programming afterwards was also crucial
for us. We did not want to have to keep
getting in touch with the installation
technicians or supplier to come and change
something in the programming. We wanted to be able to do that ourselves.”

“In view of all the settings referred to, in the end we
decided, after extensive market research, to turn to Qbus." - Michel Carlé

Control of heating lighting, doors, screens, …
“In areas containing radiators, a temperature sensor was installed,” explains Michel Carlé. “This controls a valve on the collector for additional heating purposes if need be. All the lighting, all the gates, the doors and the sun screen are controlled via the automation system. Light intensity is measured as a yardstick for controlling the lighting, the motion sensors allow the lights to switch on and off.

The sun screens are also controlled by the Qbus system. “The Qbus weather station interprets the exact location of the sun and what screens should therefore be lowered or left undisturbed. However, we do not lower the screens if a room is being heated. We then use the sun to heat up the space.”

Automation controlled by a call system
In addition to all this, Michel Carlé has established a
link between the central call system and the automation
installation. “Emergency calls reach us through the alarm centers across the region with corresponding codes,” he explains. “We linked the codes to specific scenes programmed in Qbus. For example, when we receive a call about a fire raging somewhere, a specific scene is automatically called up so that pre-selected doors and gates open, the lighting is activated, the rooms of the firemen on duty are put in alarm mode … This unquestionably shortens our response time. 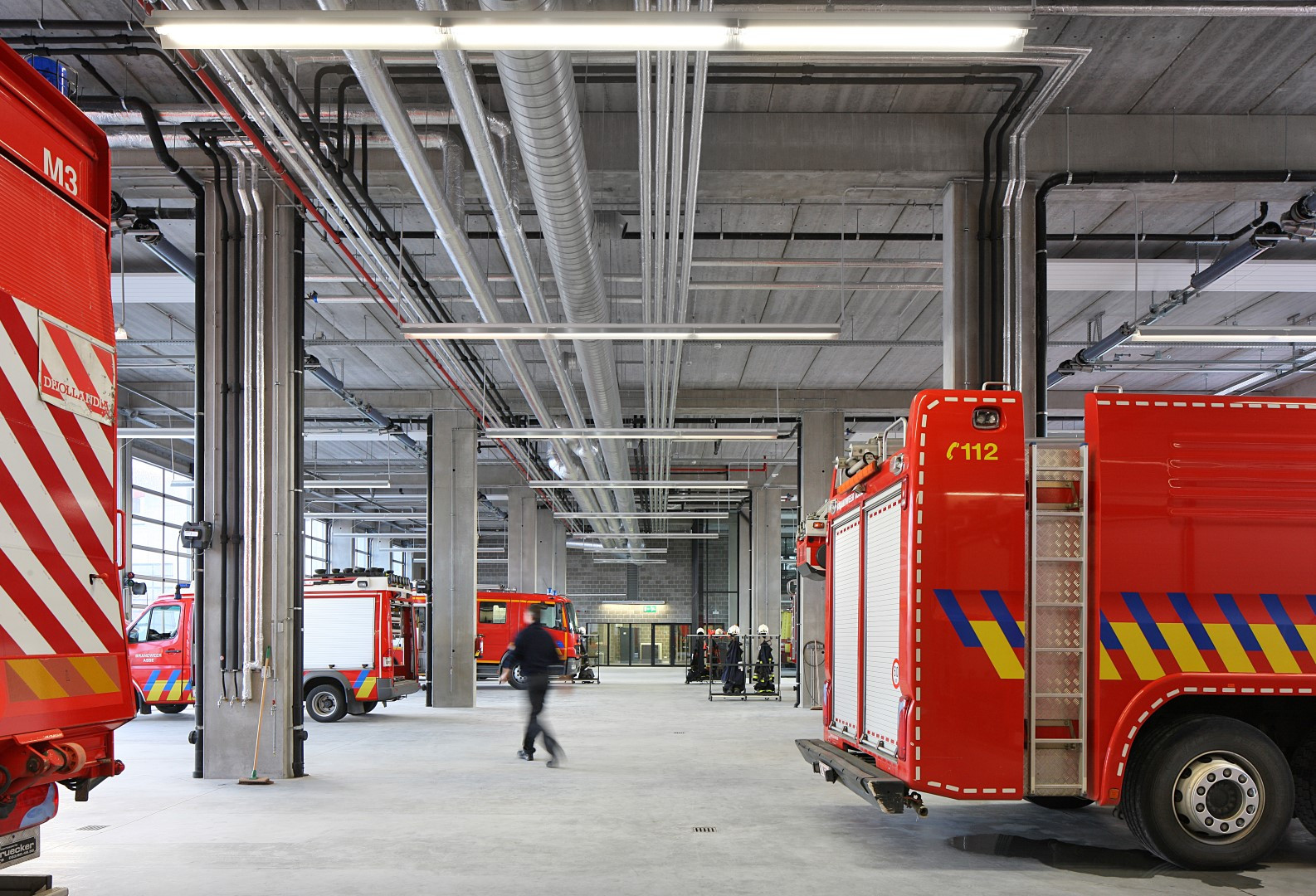